It has taken me a while to wrap my head around the results of my Hystorectomy. I thought that going in there knowing that it was bound to happen, my PCOS was just to much, and I already had my tubes tied that I could do it and be fine afterwards.

No more pain, no more moon, no more fetal position once a month. Not to mention all the money I would say not having to buy moon supplies.

So when I went in for my six week check up with Dr. Muhulland and found out that the pain I was in was due to a botched cut during my Cesarian with Squish. I didn't know how to react. Aparently what happened was when Dr. Ortolando did the initial cut he sliced my uterus and my bladder, causing them to fuse together when the cuts healed. So everytime I moved, breathed, did any activity the scar tissues was ripping and pulling and causing me to be in a great amount of pain.

Dr. Muhulland chose to still do the Hystorectomy because there was not a way to keep my uterus and bladder in my body without the scar tissue causing me trouble in the future. For that I am greatful; I have not been in pain since having the hystorectomy done.

In fact this is the longest I have not been in pain since the first time I got my moon.

It has taken me months to come to terms with the news that I could have had more children, that my uterus was healthy (just really thick) and because of the Cesarian I had had I essentially lost my uterus.

I knew Riot and I were done having children, but; I had wanted to be a surragate. I had wanted my body to give life to more children. Now, that will never happen. I am not sure how I feel about that. I am still working through those feelings.

I know I don't owe anyone an explination, but I felt like I owed you all an answer to what happened. I basically quit blogging after that. Working full time and being a parent I was sparadically blogging anyway, but I basically just quit blogging after I found that out. Months have gone by with maybe one or two blog posts and I felt bad about that.

I love blogging and I miss it. It is something that I want to try to do more of this year. I am not going to promise that I will be back up and running with 5 blog posts a week, but I am going to ease back into it. I owe it to myself to get back to doing things I love to do.

Thank you for all understanding and hanging in there with me while I was on hiatus. ​ 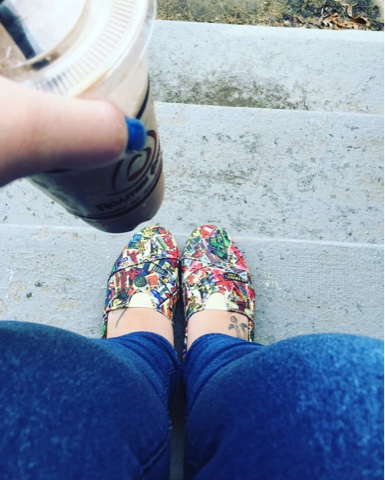 Posted by BarefootedMama at 2:43 AM
Email ThisBlogThis!Share to TwitterShare to FacebookShare to Pinterest
Labels: children, depression, hysterectomy, pcos, support, surgery