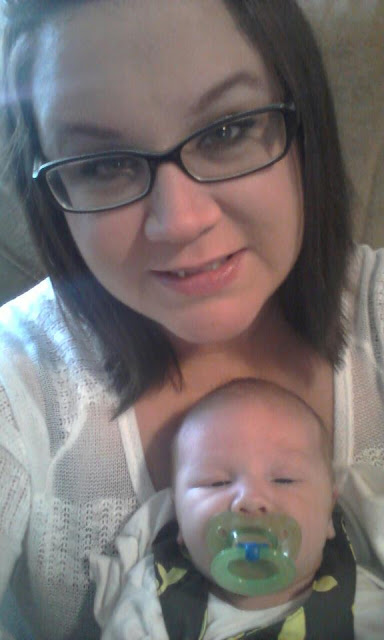 I have known for quite a while that I wanted to have a family; a husband, kids, the whole shebang. Four years ago when I told Matt that I was ready to start trying for a family whenever he was would start that journey.
I’m not saying that just Matt and I together wasn’t enough because it was. It just felt like there was something missing. Something we both needed to have when the time was right. Two years ago we would start that journey. It took us one year and a miscarriage later before we would conceive our little turtle man.
Granted the miscarriage lead to some paranoid moments during my pregnancy with Kaileb but in the end I would finally have my little boy. Our family finally feels complete. I may only have been his mom for 11 days so far, but I already am finding out that what I had pictured in my head is not what is really happening.
For instance I thought I would have this wonderful homebirth. Instead I had to adapt and make my hospital birth a journey to remember because little turtle man had other opinions on when he would come into this world. Not that I don’t mind. I can’t imagine still being pregnant and carrying him until the 17th of May.
I didn’t get to do everything I wanted to do during this pregnancy and even though that makes me a little sad. Although I am just over the moon to have my little guy here with me now and so is his daddy.
Motherhood is going to be one of the greatest journey’s I will ever take. I already cannot remember what I did with myself before becoming his mommy. Being a mom is one of the greatest gifts that I could have ever received. Not to mention how it brings so many people together too. Babies are wonderful for that.
It would totally rock my world if you gave this a click!

Posted by BarefootedMama at 7:38 PM